This document will describe how to inspect conductances and mechanisms and read out anything from them.

xolotl does not return the m and h (activation and inactivation) variables from channels by default. This decision was made because it is not often that this is needed, and omitting these variables makes the code run faster and saves memory. If you do want to pull these values out, this is what you have to do.

Inspecting activation variables in most conductances¶

If the channel you want to inspect follows the standard Hodgkin-Huxley formalism (most channels in xolotl do), and its integration routines use the built in conductance::integrate methods, then you can use the channelProbe mechanism to read out values. Like so:

Plotting M and comparing to the voltage shows us the activation and inactivation variables for the sodium channel lines up nicely with the spikes. 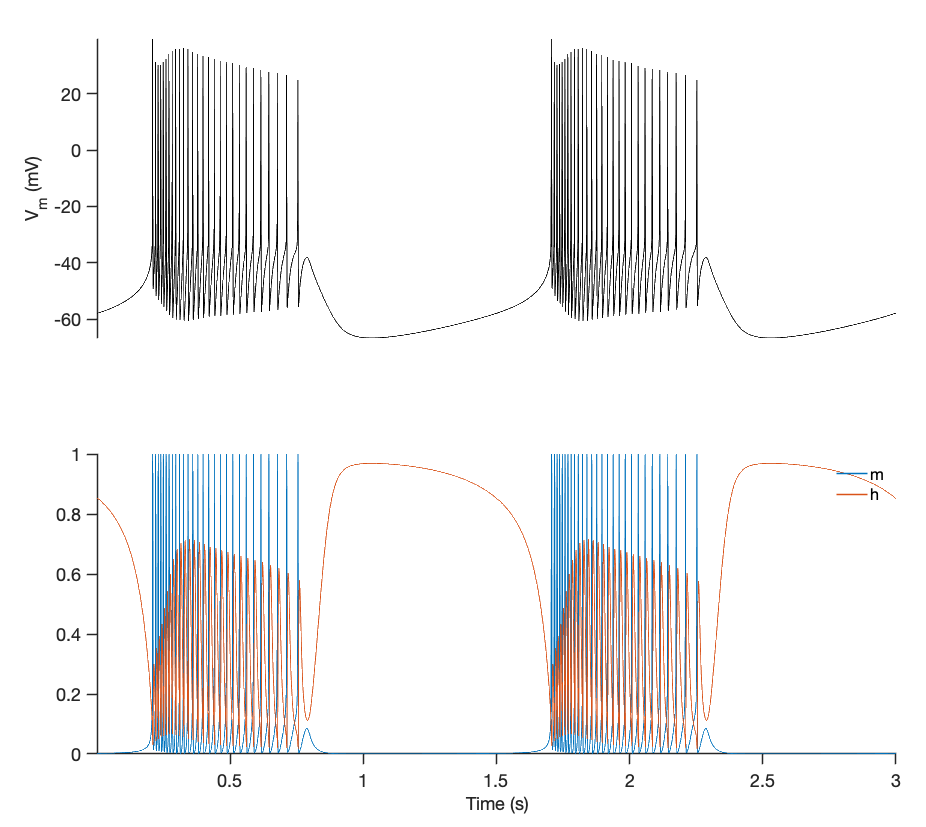 and modify a copy of ChannelProbe to read out these variables:

Inspecting mechanisms is similar to the process described earlier.